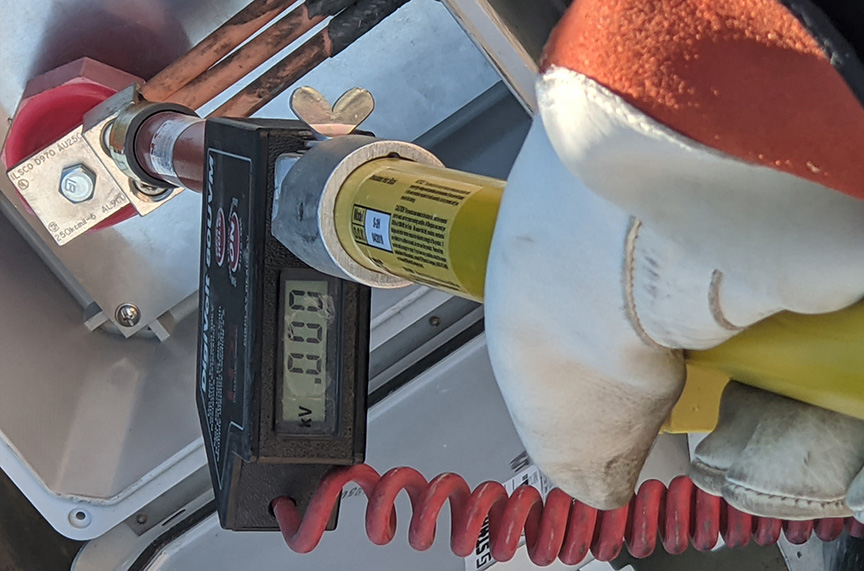 Historically there has been a simple, effective and very important method for mitigating the danger of accidentally generating dangerous electric current during the installation of a permanent magnet motor (PMM) ESP.That’s been to plug the tubing to physically prevent any flow that would cause the pump to rotate—which would create electric energy.

Plugging the tubing has the added advantage of offering greater well control against the occasional kick or flowback.

At this point the question could arise, “We don’t plug the tubing when installing a standard ESP—what’s different about a PMM?”

Great question. As PMM ESPs are growing in popularity because of their efficiencies, more people are learning about the difference.You probably know that any electric motor has the potential to generate at least a trickle of electrical energy if something spins it.

An ESP with permanent magnets, as opposed to those that are only magnetized when connected to power, can generate electrical energy.That can happen if, during installation, a well kicks or if there’s some other reason for downhole pressure to push through the pump and turn the shaft. This is very uncommon, but today’s ESG concerns are leading producers to take every precaution to assure the safety of every person on the well site.

Plugging the tubing to mitigate flow through the pump is one of the ways, and it is very cost effective at what it does. That’s why it’s been the most common option for a long time.

Actually, most companies use two methods—sort of like putting the car in Park and engaging the emergency brake—to make extra sure everyone is safe. In a previous blog (click here) we discussed shunting, which has been another popular prevention method.

As effective as plugging and shunting are—and they are an important part of the mix—the engineers at Extract Companies believe we have developed the safest, simplest and most secure way to prevent unwanted turning of the PMM ESP’s shaft—and to prevent dangerous current from being generated.

Since most producers wisely require two mitigation methods and some require three, for ultimate protection, our new system is your ideal solution.

In our next blog we’ll explain the new system and how it protects the well site and its workers.