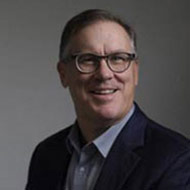 Mr. Zachariah is co-founder and member of the leadership team at Extract having been with the company since its inception. In his role as chief technology officer, he works with a diversified team of engineers and industry experts to identify continuous improvement opportunities and oversee engineering and R&D for the Company. He also maintains overall responsibility for manufacturing, supply chain and sourcing both domestically and internationally.

Mr. Zachariah has held high-impact leadership roles in oil and gas manufacturing and operations throughout his career. Prior to joining Extract Companies, Mr. Zachariah served for one year as vice president of manufacturing & supply chain for Accelerated Process Systems division following the acquisition by Dover Corporation. As a co-founder and president of Accelerated Companies, LLC. for seven years he focused his expertise in production, sourcing and operations.

In 2016, Mr. Zachariah served as manager of international manufacturing at Weatherford, from 2004 to 2007 he served as VP Eastern Hemisphere, Petreco, a division of Cameron International. He was also vice president of Petreco Eastern Hemisphere prior to the acquisition by Cameron. Before Petreco he was VP of manufacturing for Applied Process Solutions where he served as a member of the transition team when they were acquired as a division of Hanover Compression in 2000.

Between 1993 and 1998, Mr. Zachariah worked for Baker Hughes (Centrilift) and was based in Moscow, Russia for nearly three years. He was the international manufacturing and sourcing manager with supply chain responsibilities before relocating to the Oklahoma-based facility in the manufacturing production manager role.

Mr. Zachariah’s experience in the manufacture of ESP systems began in 1981 when he worked for TRW, Reda Pump Division as technology transfer manager to China-based Tianjin Electric Machines.